Hardness: 7 to 7.5
Chemical formula: View the different options below

Did you think that the garnets were only red? Oh Oh no: they come in almost all colors of the rainbow ... Pink, purple, orange, yellow, purple, colorless, black, brown and many shades of green and red.

Of the six main variants there are two mixed varieties:* Pyrop alma-your-spessartin* Grossular-uvarovite-second searchUntil one in the 1990s discovered the "grenade that change color" believed that BLUE was the only color of the stone did not come in but it is not true anymore. See examples at the bottom of this page.

* Can be provided in the second and sixth wedding anniversary.Garnet is actually a whole group of minerals that fall under the class Silicate. Silicate is the biggest, the most interesting and complex class of minerals. About 30% of all minerals are silicates and geologists have found that about 90% of the earth's crust consists of silicate.They all have the same structure but the enormous variation in terms kemiske proportions, colors and price. There are beautiful stones that come in all colors and shades. They are very suitable and good use of jewelry - with a few exceptions.The name Garnet comes from the Latin word granatus. Malum granatum (pomegranate). The shape, size and color of pomegranate seeds may look like small red garnets.The red varieties are NOK those who from antiquity have been best known. For centuries it was regarded as one of "the five medical stones" and was used for heart and circulatory diseases and melancholy. It would also give courage, strength and success in love, protect against depression, infection and inflammation and help widows to get a new husband (!)

... Is glowing deep red to almost black in color and the name comes from the Greek "pyro" which means fire. The stone has been called "Bohemian garnet" and has been used in jewelry for more than 500 years. The special crystal from Bohemia (Bohemian yarn from Czechoslovakia), was that they were exceptionally clean, but relatively small. They were eventually outdone by the not-so-clean, but far larger South African pyro pretty - the so-called "race-rubies." 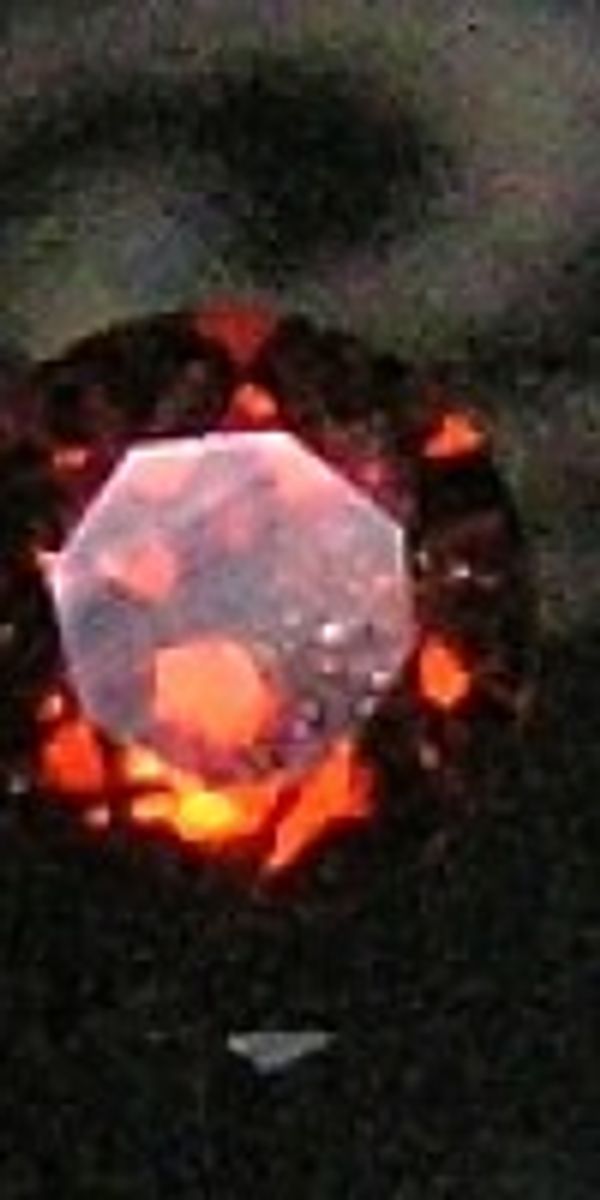 ... Has dark brownred to violetred color. Almandine is far more common than pyrop and today is the one we usually see in jewelry. Some almandine, especially those coming from India, can show special optical effects such as alexandrit-effect (color shift under different lighting) and asterism (star effect). 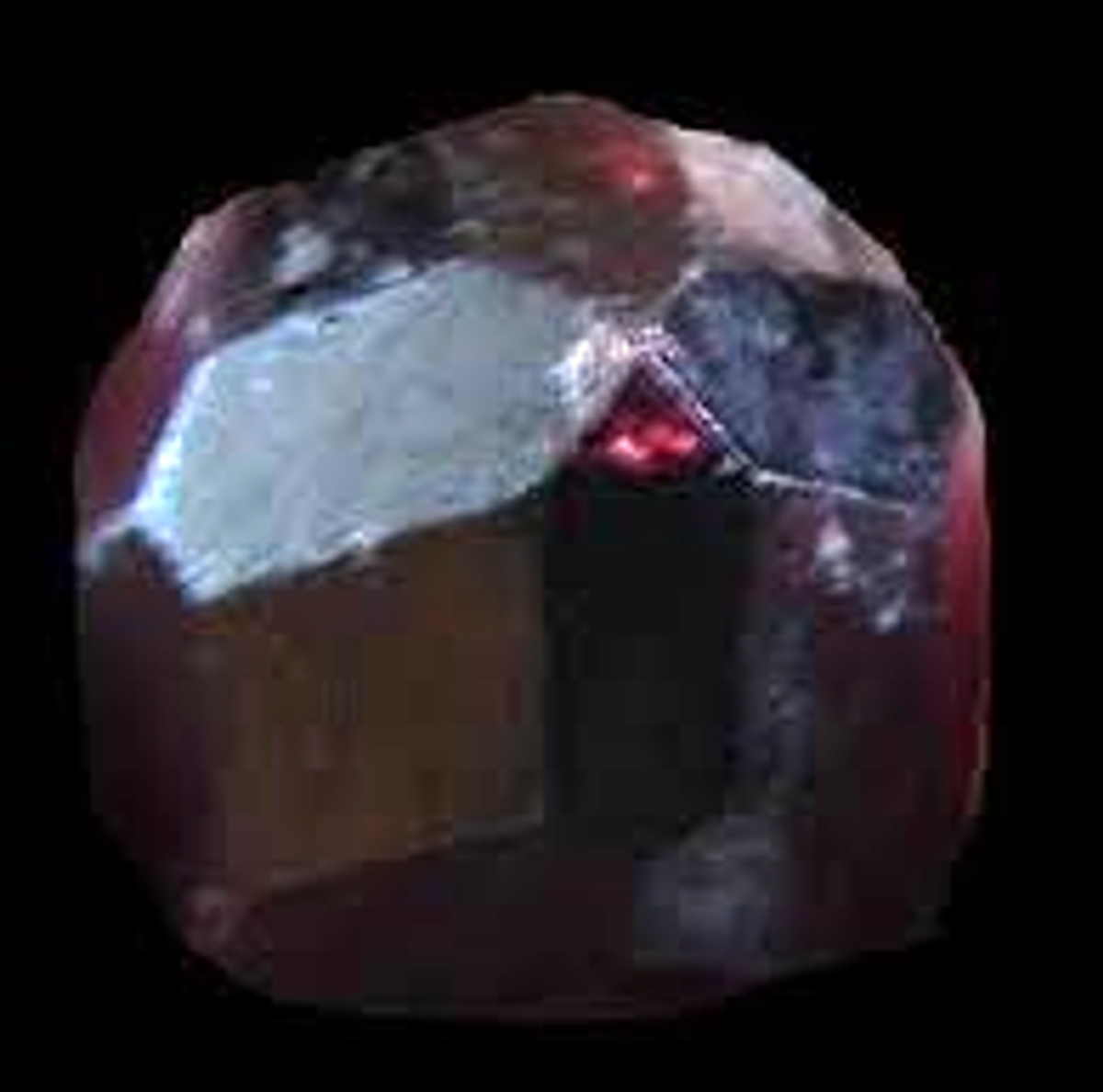 While most stones are found in Madagascar as the name comes from Spessart in Bavaria.Spessartin is light brown, orange to brunrød. Gems Quality found in Madagascar, Sri Lanka, Brazil and Australia. In Australia it is found dark red crystals up to 5 cm in diameter. In Colorado and Maine (USA) has found some reddish-purple copies.

... The name comes from grossularia - the Latin name for the gooseberry. It occurs in numerous color variations that often have their own names.
* HESONITT
* TSAVORITT

Hesonitt is the yellow-orange to red-brown variety. Is such on Madagskar where it also goes under the name "cinnamon stone". The best crystals come from Sri Lanka.Most expensive is the emerald green Tsavoritten which was first found in the Tsavo Park in Kenyai 1960s.Mali-garnet (from Mali) is a variant of Grossular. The colors vary from mint green to yellow-green is the most valuable.

Because of its high refraction (the ability to spread the light) is Andrea Your the most spectacular among the shells. It occurs in colors of red, yellow, brown, green and black. The beautiful color is golden yellow.

TOPAZOLITE got its name because it resembles topaz.

DEMANTOID is oft e called "Emerald of the Urals." It is the most valuable and expensive of all garnets, although there are only small crystals are found. Demantoid has high refraction and dispersion - even higher than diamond. The most beautiful crystals from the Ural Mountains.Because Demantoidene is small and has low hardness (6 l / 2 on Mohs' scale) used the most as side stones in jewelry.

MELANTITE (melanite) is actually a volcanic stone. The crystals are almost always opaque. Some copies can be a bit transparent with sjateringer of the colors green or golden. The black color is due to high content of titanium. Melantite is often called 'titanium other people like. 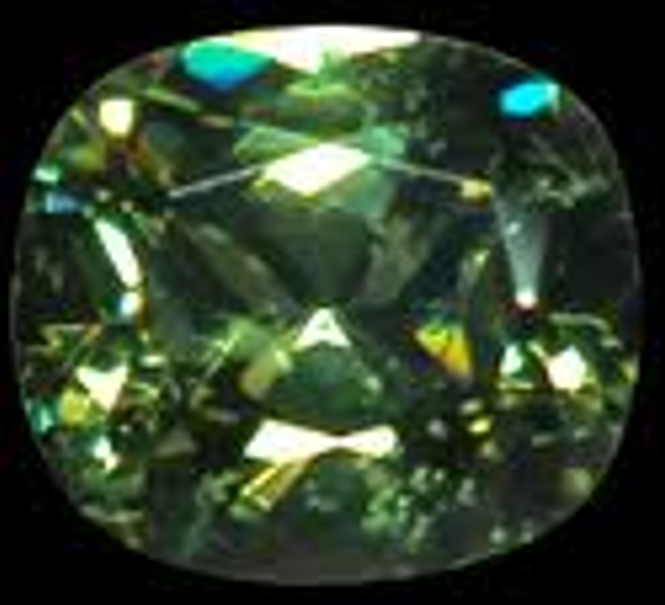 Next to "grenade that changes color," this is the rarest of the grenades. It has a beautiful fresh emerald green color. Usually found as small well-shaped crystals. It is highly sought after by collectors because of the wonderful glittringen and color. First discovered in 1832 and named after Count Sergei Uvarov Semenovitch (1765 to 1855), a Russian statesman and mineral collector. Uvarovite found in the Ural Mountains in Russia, Spain, Quebec, Canada. It also occurs in California (USA), Outukompu (Finland), India, South Africa, Poland and Norway.

Finally, we include two mixes of Pyrop and Spessartin.
* Malaya-grenade "and
* Grenade that change color "

In 1965 it became the Umba Valley in Tanzania discovered a hitherto unknown link between Pyrop and Spessartin: The bright orange Malaya-grenade that is now on the market.

As good Spessartiner have become quite expensive then Malaya grenades a good substitute when it comes to value for money. It is both equally rare and many of the same colors. The yellow orange stones are more valuable than the red and pink.

TALK ABOUT RARE! This is one of the rarest gemstones we know. It is also highly sought after and it shows prices. It has sold copies to 6000, - USD per carat."The shell that changes color" was first found in the 1990s in Bekily in Madagascar. In daylight, the most common color variations of green, beige and rarely blue. Reddish, purple and pink in the lamplight. The change not only color from daylight to artificial light. It can change color based on the strength of the light. It can also have different colors for different times of day. Weather also plays a role.Those with the most blue comes from Madagascar. The blue color is caused by a relatively high content of Vanadium.Color change is often better and more intense than that of Alexa shit (which often disappoint) and some stones are so beautiful that they can compete with the best specimens among Alexa shit. Alexa shit is still much more expensive but it would not surprise me if this will soon change as people discover this relatively new and more rare stone.The stone is usually found in pockets. Most well-known finding places Bekily in Madagascar, Tanduruog Umba, Tanzania and Sri Lanka. (Alexandrit you can find under CRYSOBERYLL)